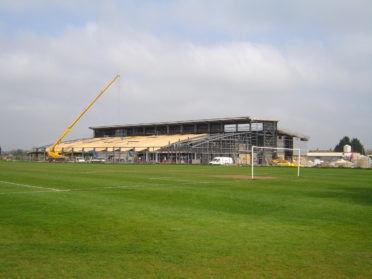 SATURDAY February 6, 2010 will be recorded as one of the most significant in Louth’s recent history for changing the face of the town’s community, sports and leisure facilities for ever.

At 8am on that day, the doors officially swung open at Meridian Leisure Centre – the jewel in the crown of East Lindsey District Council’s transformation of leisure and health facilities. As part of an overacting plan, which included other improvements across the district, the £12m total investment in the centre was by far the largest such single spend in the council’s history.

Since then, Meridian’s success has been unprecedented, in terms of transforming the way townspeople think, and the wider East Lindsey community feels, about the exercise they do, the teams they join and the friends they make.

More than just a leisure centre, the last decade has seen the venue embed itself at the heart of the very community that it was constructed to serve, and today it welcomes more than 8,000 visits every single week, Christmas aside.

Almost 40 clubs and organisations use the facilities almost weekly, it supports British and world champions, has hosted Olympic teams for training, taught thousands of people to swim and been visited by royalty – The Princess Royal officially opened the venue.

This year, the centre will mark its four-millionth visit and on-going statistics reveal just how much it is used – for example, in the nine months from April to December 2019, there were 47,357 swimming lessons, 76,500 swimming pool admissions and more than 79,000 gym visits. 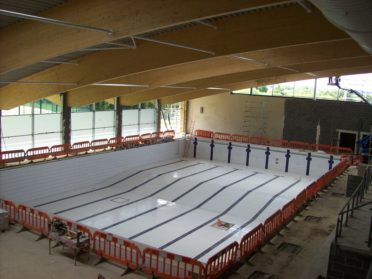 Not only that, but it continues to be a significant employer in the town, with around 60 full and part-time staff and opens up new careers – current centre manager Naomi Baker says with a sense of true pride: “It is wonderful to see someone you have taught to swim, return here years later and be employed as a lifeguard.”

Would those who led its controversial development have believed it would be such a success – opposition was fierce among some who argued against the loss of Louth’s green space and a judicial review was forced. But, despite the review leading to a year’s delay, the £12m building – part of a wider East Lindsey Community Leisure Project – was completed and opened in the February of 2010. Ever since the centre has far surpassed the expectations of its creators.

The present chairman of the Magna Vitae Trust for Leisure & Culture, Doreen Stephenson remembers those times. As Council leader in 2010 she supported the Meridian build and five years later led the move by East Lindsey to hand the running of all the council’s leisure facilities to the new Magna Vitae trust. As an independent charitable trust with authority support, it has the freedom to develop outside the constraints of local government while ensuring that all profits are pumped back into improving community facilities.

“As council leader at the time, the opening of Meridian is certainly a highlight, to have a centre that was a true showcase venue leading the way with its design, its build and its facilities. To have something so prestigious and that was so appreciated gave all involved a true sense of pride,” said Doreen.

Another vital advocate for the build was Cllr Adam Grist – the council’s leisure lead at the time. He stood firm throughout, with a view that Louth and East Lindsey deserved leisure facilities that were not just fit-for-purpose but were truly ground-breaking.

“It’s incredible to think that it’s been ten years since the Meridian officially opened. The Centre was the focal point of a massive district-wide investment programme in leisure provision and remains to this day the biggest ever investment the Council has ever made. It’s been great to see the way in which the Centre has evolved in those 10 years too, serving not just as a premier leisure facility, but also a huge employer for Louth and a hub for the local community. I’d like to thank our partners at Magna Vitae who do a brilliant job managing the Centre and we’ll continue to work in partnership with them to ensure the Meridian’s sustained success,” said Cllr Grist. 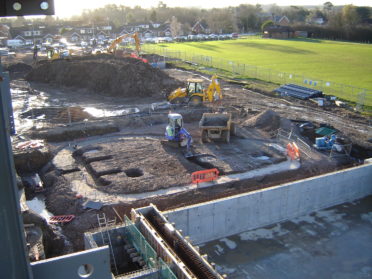 Magna Vitae Chief Executive Mark Humphreys has steered the Meridian team since 2015, when he moved from East Lindsey District Council to take charge of the new Trust – along with senior team members James Brindle and Aeneas Richardson. Together they have proved to be a formidable team and with continued support from their partners at East Lindsey District Council, they are extremely proud of Meridian’s emergence as a key community hub in Louth – a facility that is so much more than a Leisure Centre.

“When I look back, I remember that we all had a vision of what we hoped Meridian would achieve, but I don’t think any of us actually anticipated just how the venue would grow into what we have now. To see our car park full at 9.30am on a weekday morning speaks volumes as to the importance of what we have here,” said Mark.

“When you see it now, you see that this was the right thing to do and there are a number of people who must be thanked for that, two of them most certainly being Doreen and Adam, but also the continued support of our council partners,” he added.